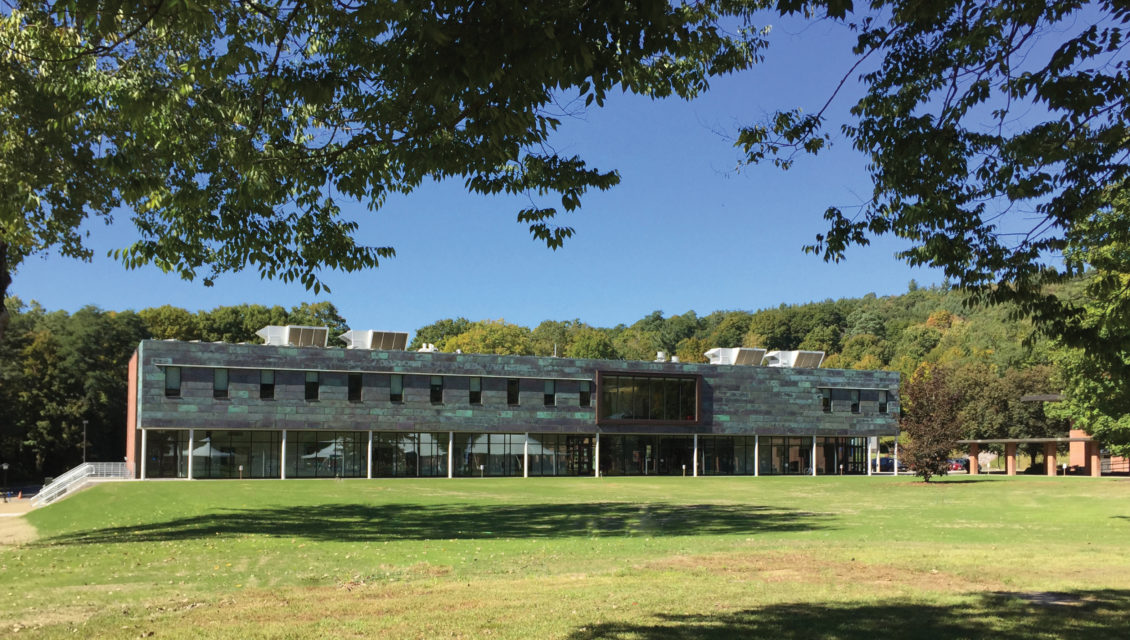 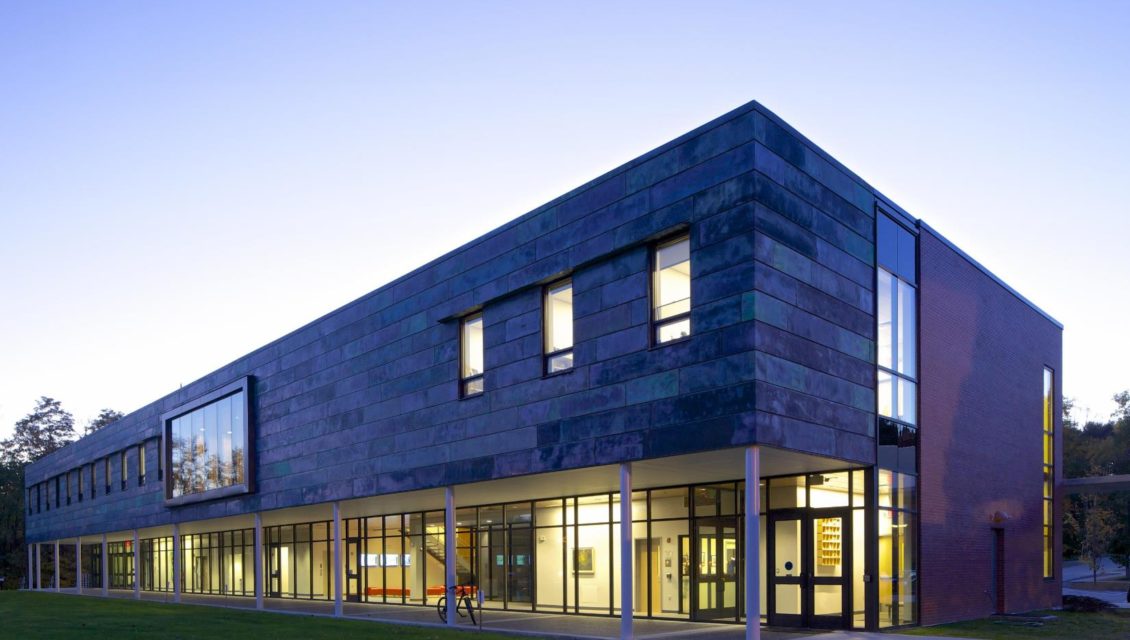 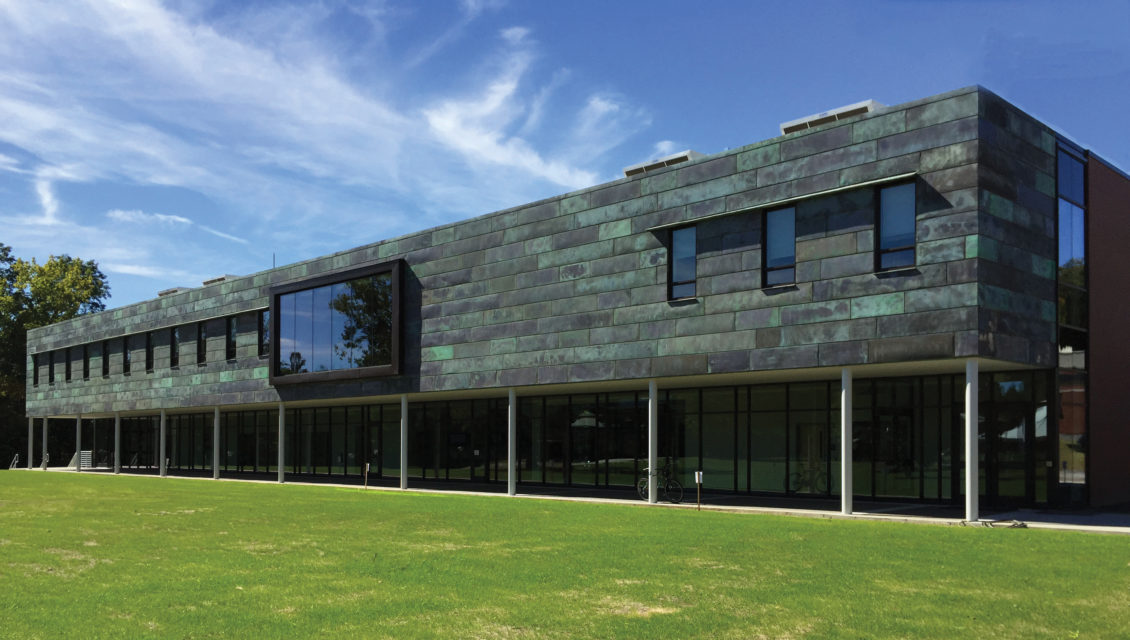 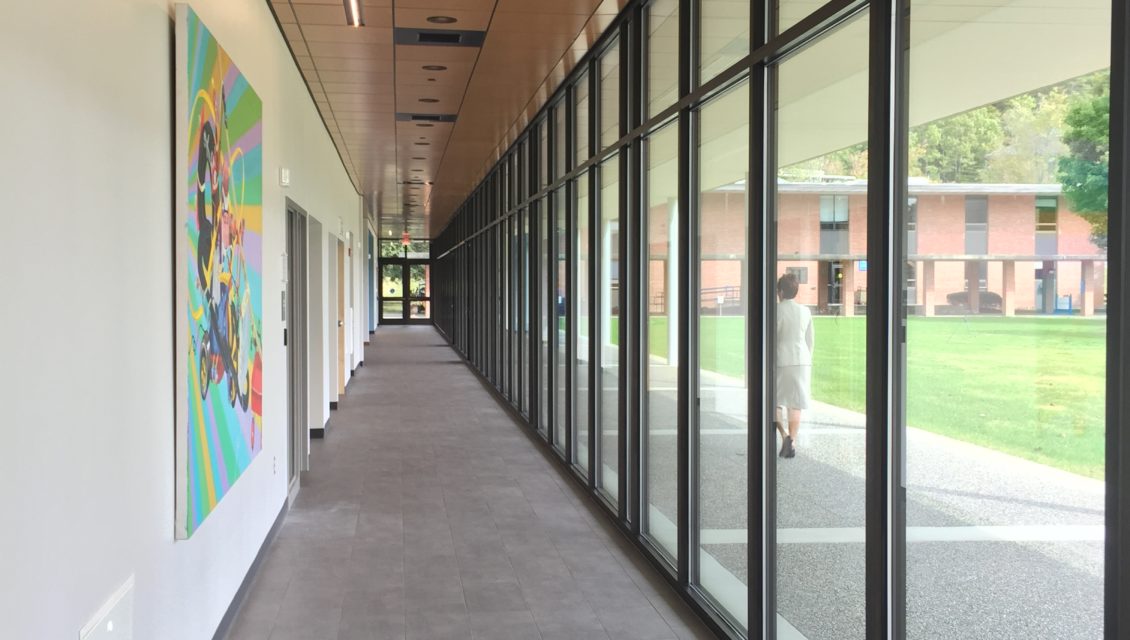 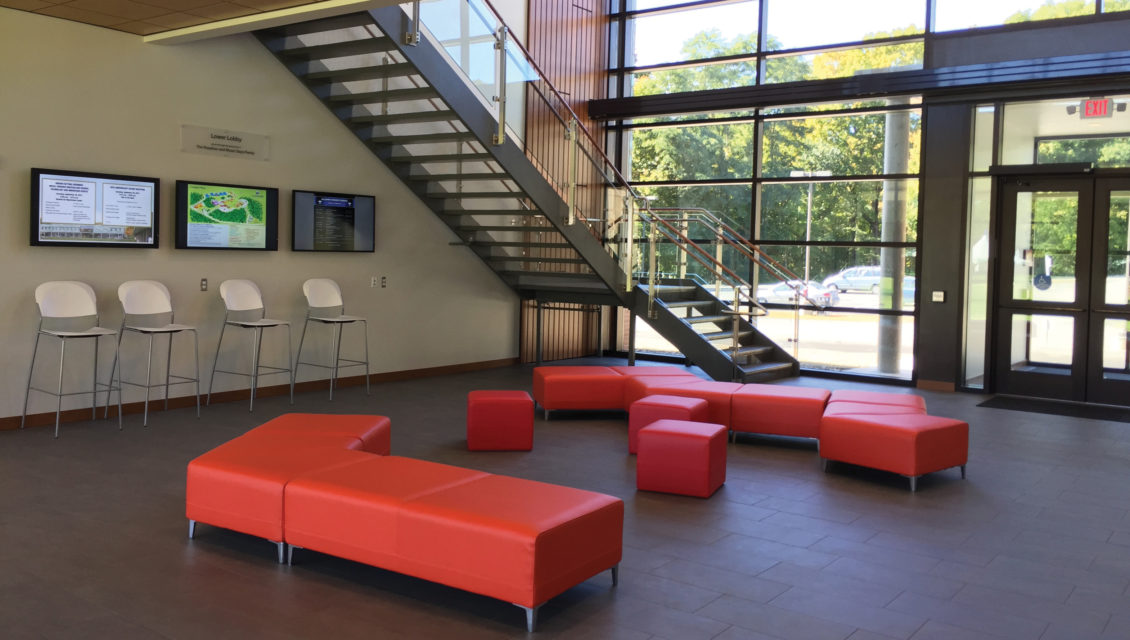 Designing a new technology center for a Mid-Century Mondern campus

Landmark College in Putney, Vermont is the nation’s leading institution of higher education for students with learning differences such as dyslexia, attention deficit and hyperactivity disorder, and autism spectrum disorders. When the college identified huge potential for their students in Science, Engineering and Mathematics (STEM), they decided to focus their energy on creating a space for these disciplines to prosper.

The Landmark College Science, Technology and Innovation Center marks the first new development on campus in almost fifty years, making one of Fradkin & McAlpin’s primary concerns how to integrate the modern facility into the existing historic, modernist campus plan. This was largely achieved by continuing the structure of the colonnade created by Edward Durell Stone in his original 1960s design. This element is extended beyond the façade of the new STI Center welcoming students into the heart of the academic campus, the quad. Within the building, FMA developed a series of mixed-use spaces, including classrooms, laboratories, study areas and student gathering places in order to achieve a dynamic, vibrant and creative environment that reflects the student and academic culture at Landmark.