The work consists of a series of drifting woven reed sculptures, which will float in Manitoga's centerpiece quarry pond. Talasnik's intricate and fantastical structures are built purely from imagination. The work combines a flowing organic shape is handcrafted with an engineer's precision. Each curve and swirl created by seemingly innumerable struts, braces, and joints. Allison Cross, Manitoga's Executive Director, notes, "Similar to Wright's intervention at Manitoga, Talasnik's work occupies the intersection of art, innovation, science and nature and enters into a profound dialogue with place. Of the moment, it is variable and temporal, responding to the seasons and to changes in the environment.”

Sanctuary can be viewed at Manitoga/ The Russell Wright Design Center from May 1 through November. Manitoga/ The Russell Wright Design Center is housed at the mid-century designer's former home and adjacent wooded grounds in Garrison, New York. Guided tours will include viewing of the sculptural installation. For more information visit www.visitmanitoga.org. 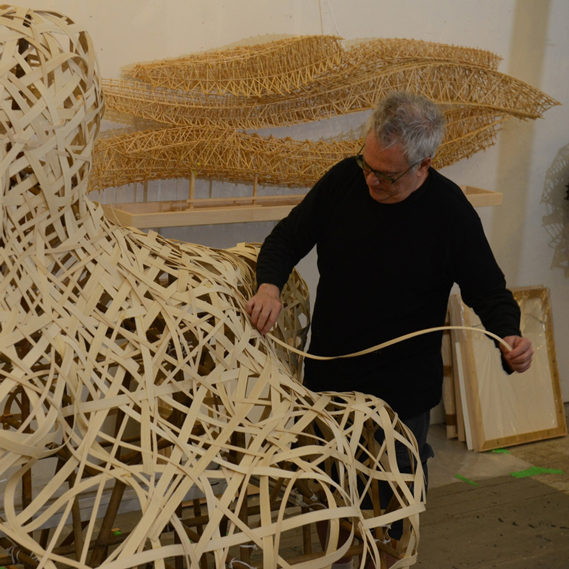