A modernist Landmark updated to the 21st Century

Fradkin & McAlpin’s residential work is always inspired by good design for great living and often energized by updating for today and tomorrow what already exists. We find this dialogue, between past and future, in the present to be invigorating. A prime example is our work at the Rockefeller Apartments Building, Wallace K. Harrison’s 1937 iconic art-moderne residences. As one of the first post-Depression apartment houses in New York City, it foretold of new living patterns while maintaining the vestige of pre-Depression life style.

Our first assignment was to remake a garden duplex apartment out of what was converted to a dentist’s office in the 1960s. Our brief included central air conditioning, a new kitchen, an open plan, bathrooms which had been abandoned, and a discreet family psychologist office with a garden view . All had to be of the building’s famed detailing, and 21st century.

Redesigning the duplex’s stair posed a particular opportunity. The original was gone. Based on Harrison’s design, and the need to accommodate varying ceiling heights, and on dividing foyer/receiving room with the dining/great room, the new stair both duplicates the orginial jazz age syncopated design while introducing a floating sinuous line unifying up with down, office with apartment, the past with the future. Like the building, elegant and understated, the stair is the marriage of now and art-moderne, public and private, as well as form and function.

This first Fradkin & McAlpin remake has led to other apartment updates of similar intent as well as apartment combinations. The Rockefeller Apartments building is a New York favorite. 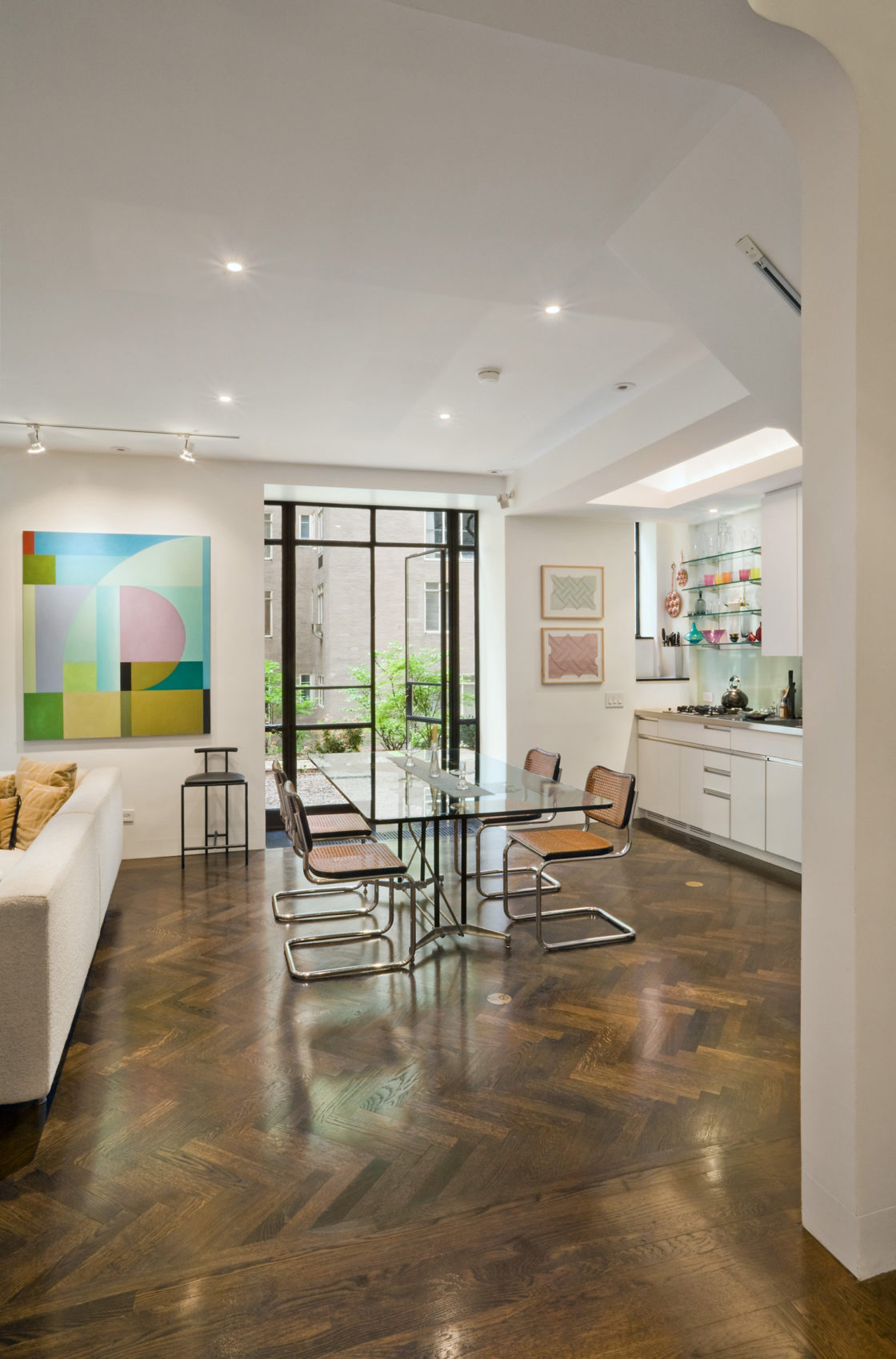 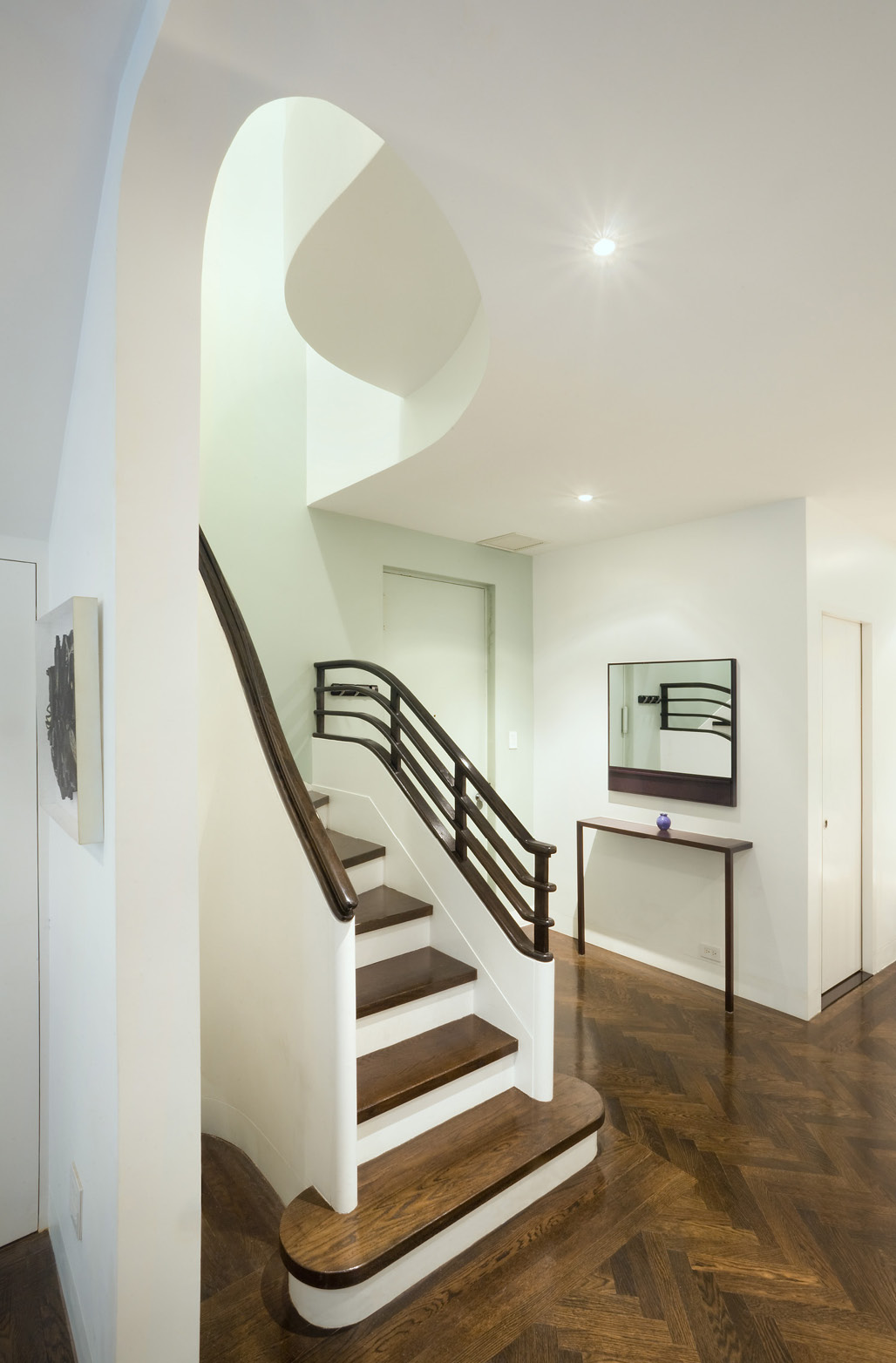 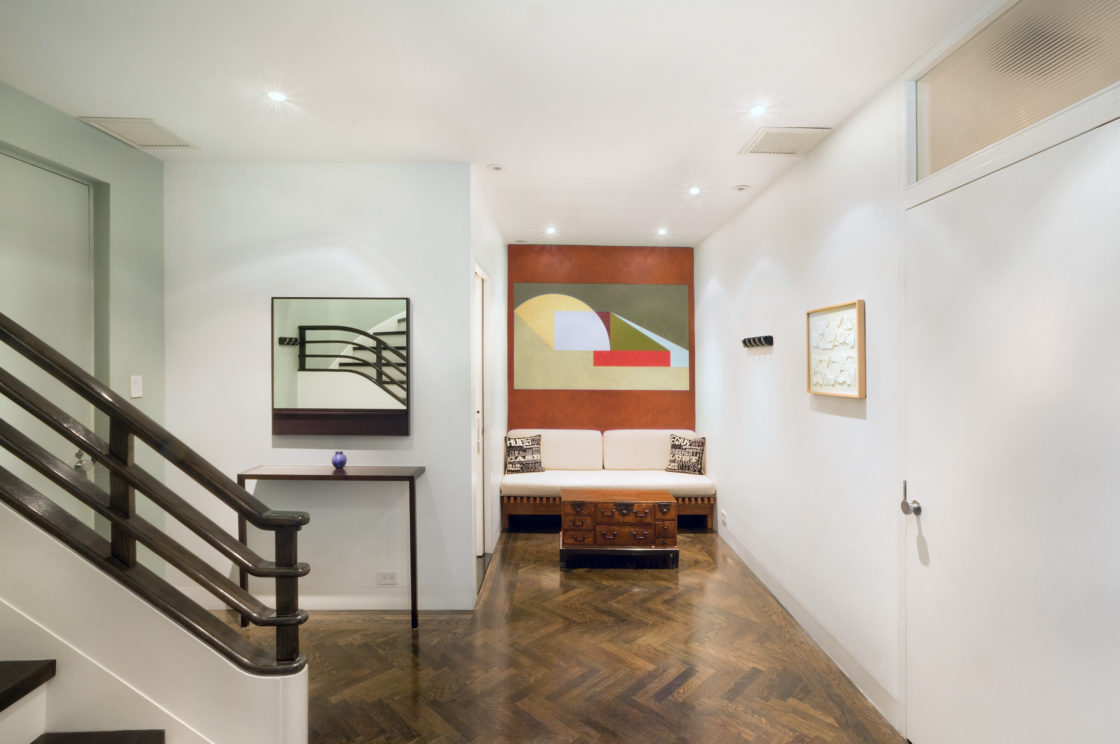 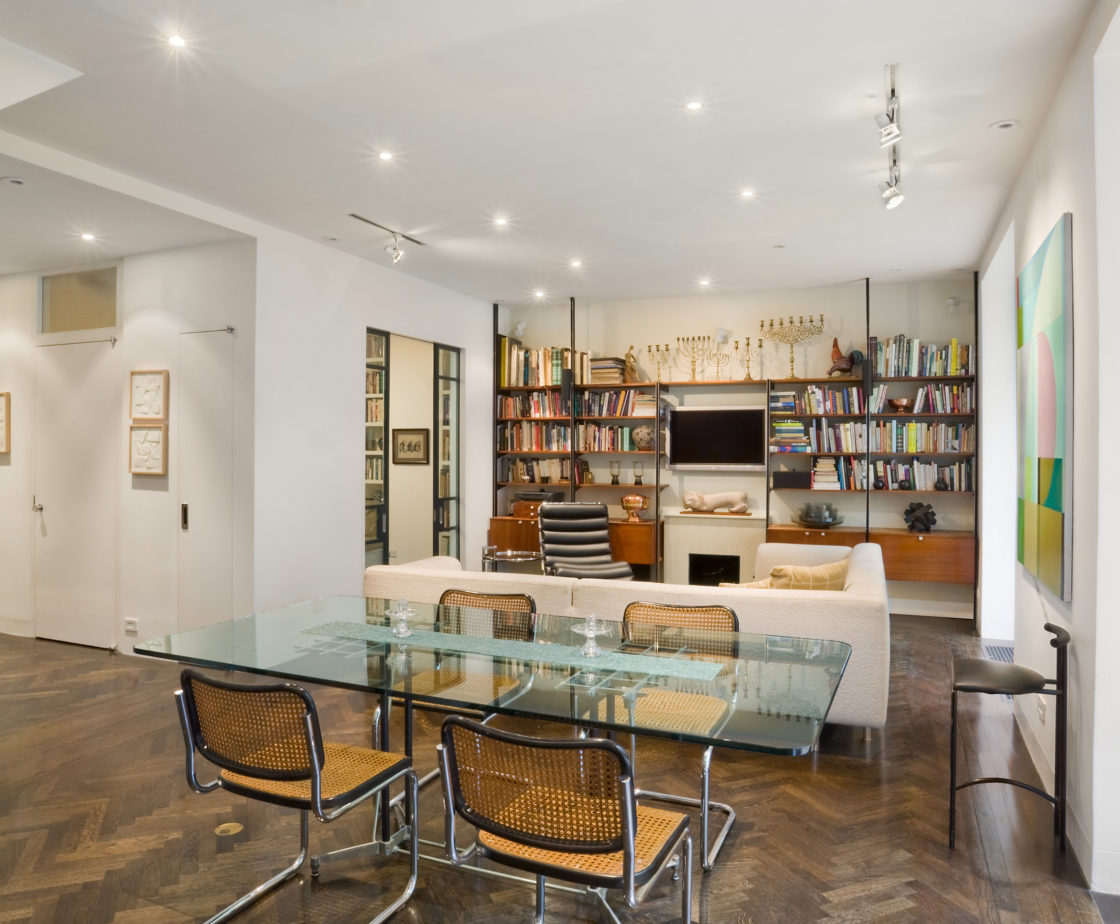